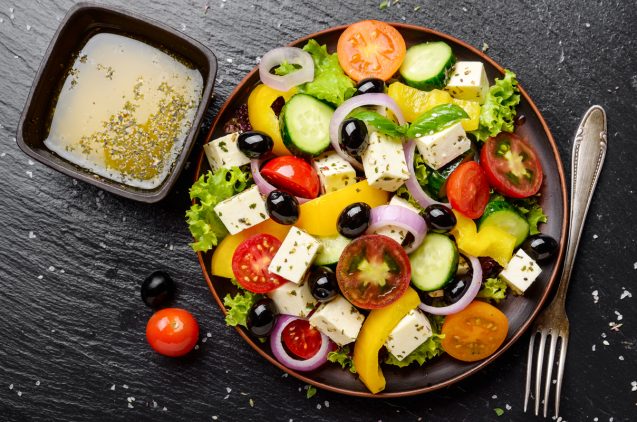 Too often people confuse the terms diet and nutrition. Diet is strictly associated with weight loss, but the truth is good nutrition can also result in shedding a few pounds. Some of the best nutrition plans for weight loss are listed below.

Less than two years ago, Weight Watchers officially changed its name to WW in a re-branding effort. The plan’s goal remains the same, though: making long-lasting changes to one’s diet. By implementing a points budget, weight watchers works by providing customers with several small meals throughout the day. Vegetables count as zero points, so go ahead and load up on greens with this nutrition plan! Participants should notice weight loss within the first few weeks if this strict plan is followed to a tee.

No, this isn’t some sort of Kardashian-influenced diet, it’s a well-proven plan that promotes weight loss. The Dash Diet (Dietary Approaches to Stop Hypertension) is designed to help people battling high blood pressure. This means the majority of foods in this plan contain low sodium. Dietitians are high on this plan since many Americans exceed recommended intake of sodium on a daily basis. Sticking with this plan could result in lowering blood pressure and body fat, as well.

The MIND Diet stands for Mediterranean-DASH Intervention for Neurodegenerative Delay, meaning it is designed to slow the progression of Alzheimer’s disease. Why is this a good nutrition plan for weight loss, then? Well, we’re glad you asked! This diet focuses on the consumption of vegetables, whole grains, fish and berries. If that doesn’t tickle your fancy, don’t worry, wine drinking is definitely part of the overall package! Slowing the progression of this disease and possible weight loss are two benefits of the MIND diet.

The Atkins diet has been popular for decades, and for good reason. The plan focuses on high-protein and low-carb foods, making weight loss the overall goal. Atkins’ plan starts by restricting carb consumption, but allows for more carbs as time goes on. Most dietitians compare the Atkins diet to Weight Watchers when looking at overall weight loss in the long term.

Many have referred to Keto as the new Atkins diet. It is very likely that Atkins’ plan laid the groundwork for one of today’s biggest diet fads. The first similarity is the emphasis on lowering carb consumption. After that, a good amount of daily protein and fat are used to send the body into a state of ketosis. Ketosis results in the body now using stored fat for energy. The Keto diet is incredibly effective for weight loss, but that doesn’t mean the process will be easy. This plan requires participants to stick to the strict diet with zero cheat days. Dietitians do suggest that people with type 1 diabetes or other metabolic disorders should avoid this plan.

Are you looking for a low-carb diet in the Atkins-realm but not as restricting as Keto? Then this is the plan for you. Most people following low-crab diets see modest weight loss, but the change in healthy habits is necessary for some people. It is recommended that children and pregnant or lactating women avoid the low-carb diet.